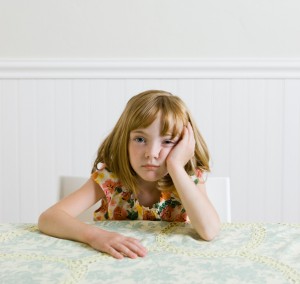 Why the Growth of Digital Advertising Doesn't Really Mean Anything

Another Imaginary Milestone for Digital Advertising

Last year we were told that the world of Digital Advertising has reached another amazing milestone, apparently now expected to account for over 25% of total global ad spend this year (See a summary here). 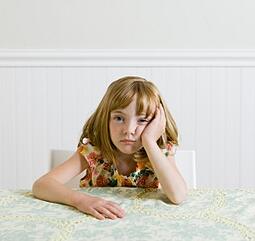 Given that so much of our time is now spent in front of the various array of monitors we all hold in our possesion - laptops, tablets, smartphones, e-readers, etc. - is this really such a milestone?

More importantly, is "digital advertising" really differentiating itself in any meaningful way that makes this transition of ad-spending significant?

Unfortunately, if it is differentiating itself, it might only be making itself even MORE irrelevant than mass media advertising.

The Digital Ad Hall of Shame

We've been promised many times that the digital age would make advertising smarter, more efficient and more productive (along with "more measurable!") than traditional ad tactics.

But let's take a look at some real-world applications that are commonplace on my own various screens during my digital day:

The "Oops! Didn't Know You Bought That Already Ad"

One of the more bizarre experiences you can have online is to search for a specific product, find it in three or four places, compare prices, shipping, etc. (assuming, of course, you just didn't automatically go to Amazon to begin with), and then purchase it from the seller you decided was going to deliver the goods the way you liked.

But a few minutes later, you are on a news site catching up on the day's headlines, and what do you see? Banner ads plastered all over every page you are on from one of the sites you visited imploring you to come back and buy that gizmo you were looking at - and had already purchased somewhere else.  While a TV ad for an alternative Brand can still stand for something (like "Branding"), what do these ads stand for, 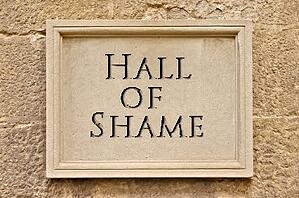 The "Shameless Lack of Context Ad"

Another similar event, but perhaps even more galling - I recently discovered a major problem with an online service provider I use. Multiple contacts with their customer service did not resolve it (I wanted a refund for services not delivered). In this case, given their lack of transparency and the language they were using, I cut the dialog short and just registered my complaint with the Better Business Bureau.

Guess who had their ads plastered on my Facebook feed the next day? Yep. The same derelict company I decided to burn bridges with.

The "We Refuse to Believe Digital is Not 'Television' Ad"

Video is big online now as we all know. We all enjoy watching bloopers, sports highlights, newsclips, clips from talk shows, etc. To be effective, video content editors have learned that they often do better getting more views with shorter clips. Some of the things we all share the most with friends tend to be no more than 20-25 seconds.

Well, what goes better with a 20 second video clip than a 30 second TV ad forced on you before you watch it?

As bad as it feels to sit through the average of six minutes of commercials for a 24 minute show, digital advertising has somehow decided we would all be happier watching some of those SAME commercials in exchange for our 20 second reward of a short video clip.

The "We Are Completely Ignorant About User Experience Ad"

Similar to the example above, Sports content has created a special place in hell for users looking for content. While sites like ESPN, CSB Sports and others are all guilty of several levels of this sickness, I'll call out MLB.com as the worst example of this.

When listening to your favorite team on their local radio station through MLB.com, one expects to hear the same radio commercials people in the local market would hear. But MLB.com has taken it one better and has decided to play TV ads on your screen simultaneously with the radio ads. That sound you hear? Two very different ads playing audio AT THE SAME TIME.

And if you want to see highlights later, every 15-30 second highlight is preceded by a 15 second TV ad. AND ITS THE SAME ONE EVERY TIME. So to see a total of 5 minutes of highlights, one must sit through the same ad 12-15 times for a total of 4-5 minutes as well.

The "If We Show The Same Ad Twice, They'll Love it MORE! Ad"

Online streaming of TV and movies is a wonderful thing. Digital advertising is trying to make it more awful than moving back to your living room and waiting a week for your show to come back on.

An hour-long show streamed on your digital screen will have a similar number of commercial breaks as it does on broadcast TV. But what does it mean to run the same commercial 2-3 times during EVERY break? It might mean no one wants to put their content in that spot...but if your Brand booked one spot and was given three...do you really think you should take it?

One had to wonder if 1) the industry has been ignoring its "big data" fixation and plowing ahead in the tone-deaf manner outline above or 2) that they are actually attempting to use all their big data guns to predict context, place relevance and adjust dynamically.  I suspect it is a combination of both. But here's the 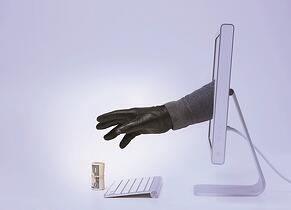 1. All the data in the world won't help you be more relevant if you aren't able to close the loop on user behavior. i.e. if you don't know that I already purchased the item I searched on they all the ads you put in front of me won't convince me to buy another one.

2. For you to close the loop on user behavior would require far more information be made available to you than any user would care to share.

3. But, even without this information, ad dollars need to go SOMEWHERE, and that is exactly where it appears they are going..."Somewhere".

4. The WORST part? Not only do advertisers know that half of their ad budget is wasted, they can point to specific knowledge that about a quarter of their clicks are fraudulent. This data summarized from a December 2014 article in Ad Week should frighten everyone who is spending big in this space and feels confident about "accountability".

Is this the intelligent future that "digital" promised us?  Far from it. Let's hope the industry is not resting on its wilted laurels.

Your Whining Does Not Enhance Your Perception of Excellence

We often hear from the folks in the dedicated "digital" ad space that "why isn't more of the ad budget coming to digital - we can track our results and it's more effective."

Well, if you can do what TV does for only 5% of the cost...then perhaps that is why you are getting 5% of the budget. And if you are using that budget to make the online experience more like TV, except worse, then consider yourself lucky.

When is digital going to deliver on its promise? Or has that day passed and we should now just think of it as "just another channel"?